A Guide To Sologamy

Sologamy is the act of marrying oneself. It is not legally recognised but a number of people around the world have had ceremonies which include the traditional elements of a wedding including a ring, wedding dress, celebrant and first kiss. Vows of commitment and self-respect are made. The size and expense of the ceremony can vary; the individual may prefer to perform the ritual alone, as a private event, or to invite their family and friends along to celebrate. 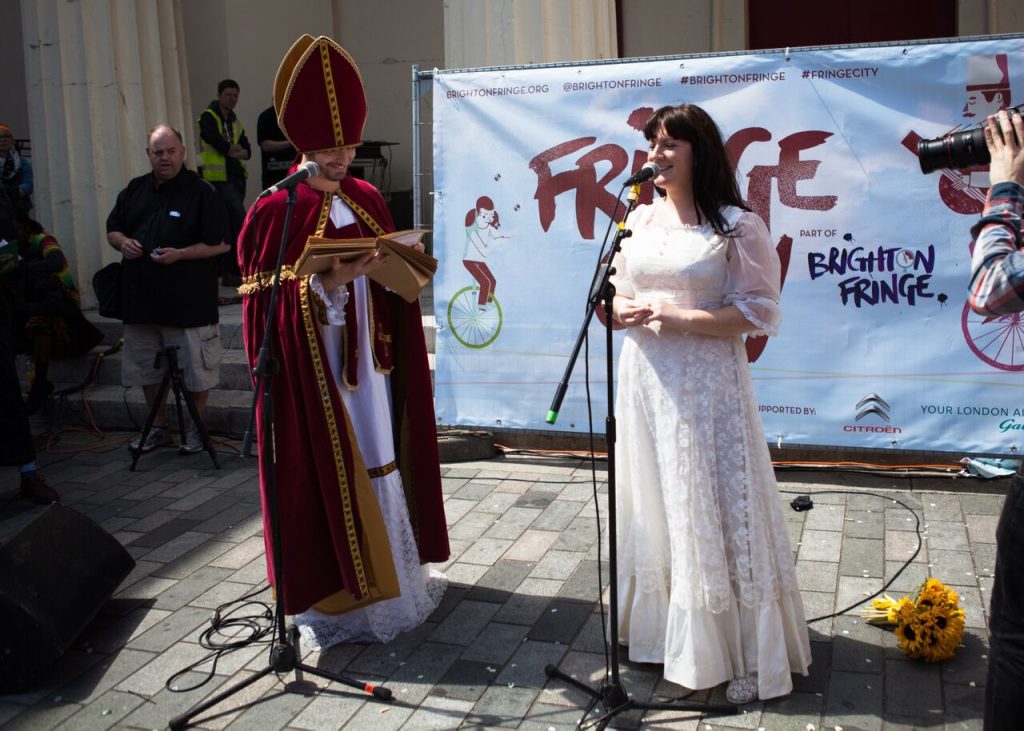 Sologamy is not about narcissism

In Greek mythology, poor old Narcissus fell in love with his own reflection in a pool, staring at it until he lost the will to live and died; thus narcissism is a fixation with oneself and one’s physical appearance and public perception. In psychoanalytic theory, traits of narcissism include difficulty with empathy and sustaining satisfying relationships.

In contrast, marrying yourself has nothing to do with vanity or seeking adoration. Self-weddings are not an indulgent fanfare of selfies and bling – we’ll leave that to certain celebrities. Sologamy is committing to truly love yourself and, as a result, become more emotionally available to accept and understand others. Developing a sense of self worth, as opposed to insecurity, allows you even greater capacity for human connection. 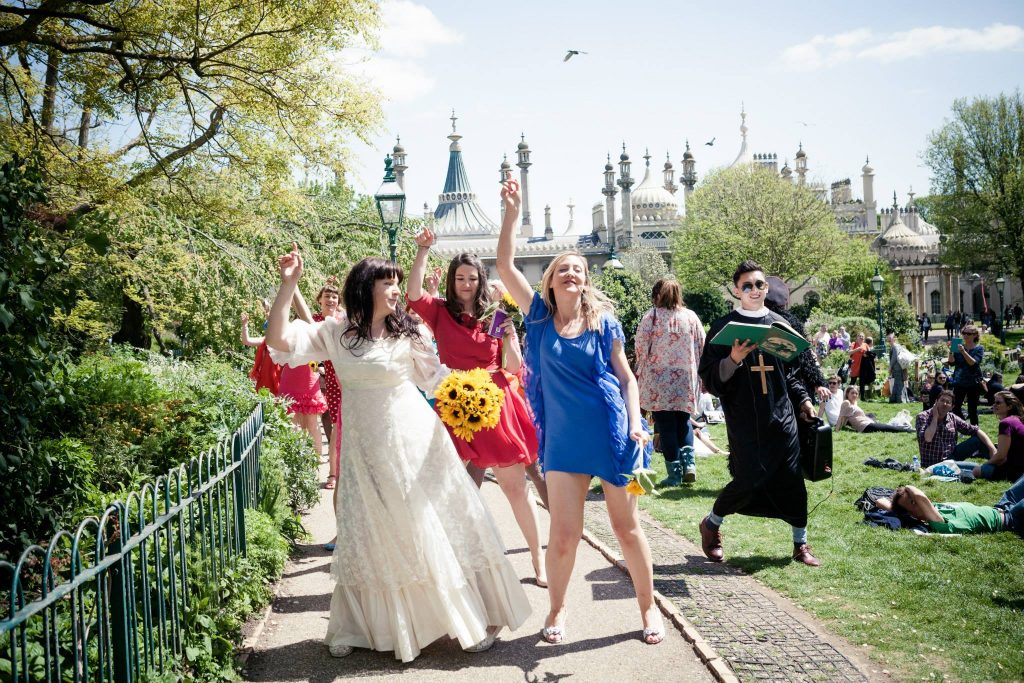 Sologamy is a rite of passage

The Western world is increasingly devoid of ritual and spiritualism which is a shame because ritual is fundamental to human growth, identity and development. Other cultures have coming-of-age ceremonies which act as a gateway to adulthood and independence. In Britain, many people are choosing to marry later in life or not to marry at all which means they have nothing to mark their personal milestones. Self-weddings offer an opportunity to officially recognise a major life transition.

It is an important skill to learn to be completely happy on your own. Unfortunately society has a deeply-rooted prejudice of the romantically unattached; there is a lingering stigma surrounding single status which can lead to ill-advised relationships. You can wish away your life waiting for ‘the one’, without realising that you, in fact, are the one.

Self-marriage addresses the notion that being single is a viable lifestyle option, whether this is for a short period of time, during several stages in your life, or for most of your adult years. Even when you are part of a couple, it is liberating to seek solitude and enjoy your own company.

…but it doesn’t mean you’re rejecting other meaningful relationships

When you marry yourself you’re creating a standard of what a happy relationship is, meaning you don’t settle for scraps. Feeling secure and content means that you’re able to recognise what you deserve and are capable of more generous, fulfilling relationships. You can only truly love someone else when you know how to love yourself. Yes, you can have sex (you’re not a nun), yes you can marry again, yes you can have your self-wedding cake and eat it!

It is often said that we are living in the ‘age of loneliness’, with us Brits being less likely to have strong friendships or know our neighbours than residents elsewhere in the Europe. Old and young people alike are increasingly isolated which is terribly sad. Sologamy is not an exclusive relationship, it actively promotes inclusivity and encourages understanding, openness and sensitivity to others, meaning sologamists are available to provide emotional support and practical help to friends and neighbours in their community.

A woman marrying herself is a feminist statement…

Women get the brunt of the stigma surrounding being single – bachelors are eligible but spinsters are crazy old cat ladies. Historically a marriage’s success hinged on a woman’s willingness to subordinate her selfhood for the good of her husband and children. Today, when a woman has a wedding without a husband, it is an empowering response to a society that tells her she needs a man to live happily ever after. She refuses to feel ashamed, rejected or ‘left on the shelf’; she is choosing life – she is choosing herself. 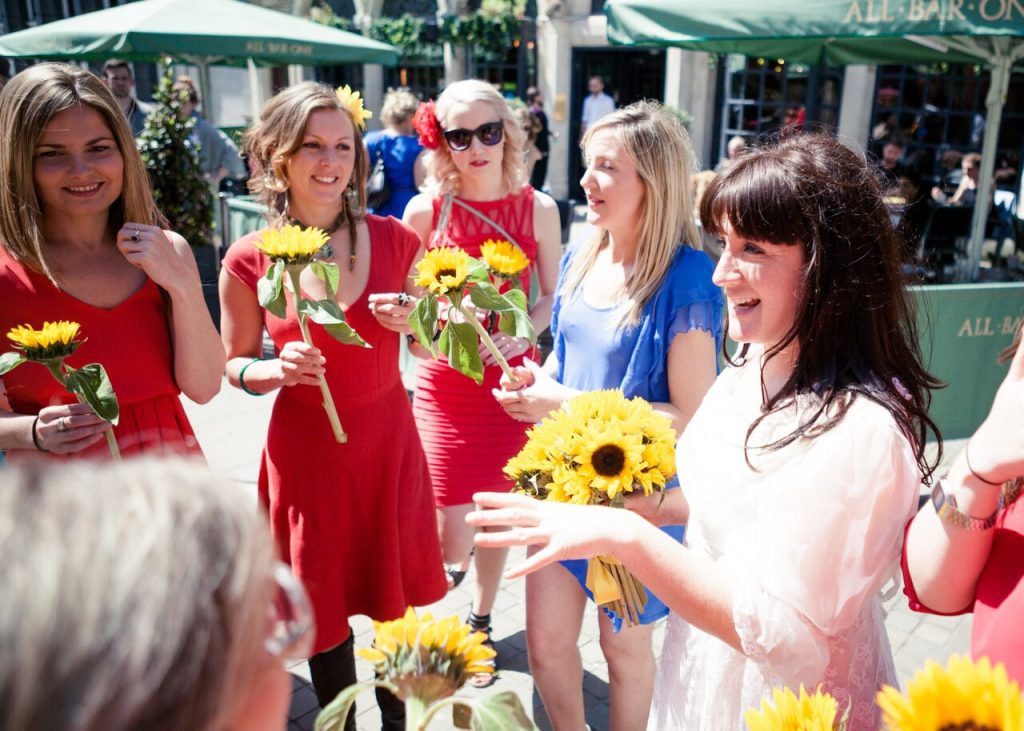 In the same way feminism isn’t just for women, self-marriage is of course an option for men. Men are less able to openly demonstrate emotion in our culture and are often hamstrung by their inability to deal with their situation. Three times more men than women commit suicide in Britain every year and men aged 20-49 years are now more likely to die from suicide than any other cause of death. That’s a pretty horrendous stat and highlights the growing need for individual self-care and self-worth.

You are always changing and adjusting in your place in the world. You will let yourself down and you will behave in a way that you’re ashamed of. Just because you’ve married yourself, it doesn’t mean you’re some kind of smug saint who can do no wrong. You have vowed to face your disappointments and accept your failures and the key is to constantly try to improve. It’s hard work sometimes, but you are your own best friend so you will put up with it.

As discussed, there will be times when you neglect yourself and don’t keep your promises, this doesn’t mean you give up. Once you’ve married yourself there is no option of divorce because that would mean you can no longer live with yourself. Which is basically suicide. The opposite of self-marriage is suicide.

Sologamy is not a criticism of happy couples and married people

Obviously marrying yourself is not the only way to value yourself; you may fall head over heels in love with your soulmate when you’re 18 and lead the most fulfilled, mutually-supportive life together forever. Sologamy merely begs a slight cultural mindshift, it suggests that ‘settling down’ is just one lifestyle option – that there are in fact other paths to happiness.

You won’t regret it

Yes, you may get called ‘bonkers’, you may get yourself a few pet trolls who tell you you’re so fat and ugly no wonder no one wants you, you may get aggressive radio presenters telling you you don’t want to die lonely. But, hey, new ideas are often dismissed as crazy because they fall outside of any previously-recognised context. When you’re marrying yourself, you’re not harming anyone and you certainly won’t regret it: “Hey, remember that day I danced through the sunny streets of Brighton and promised to value myself forever in front of everyone I love? Wish I hadn’t done that”. As if. 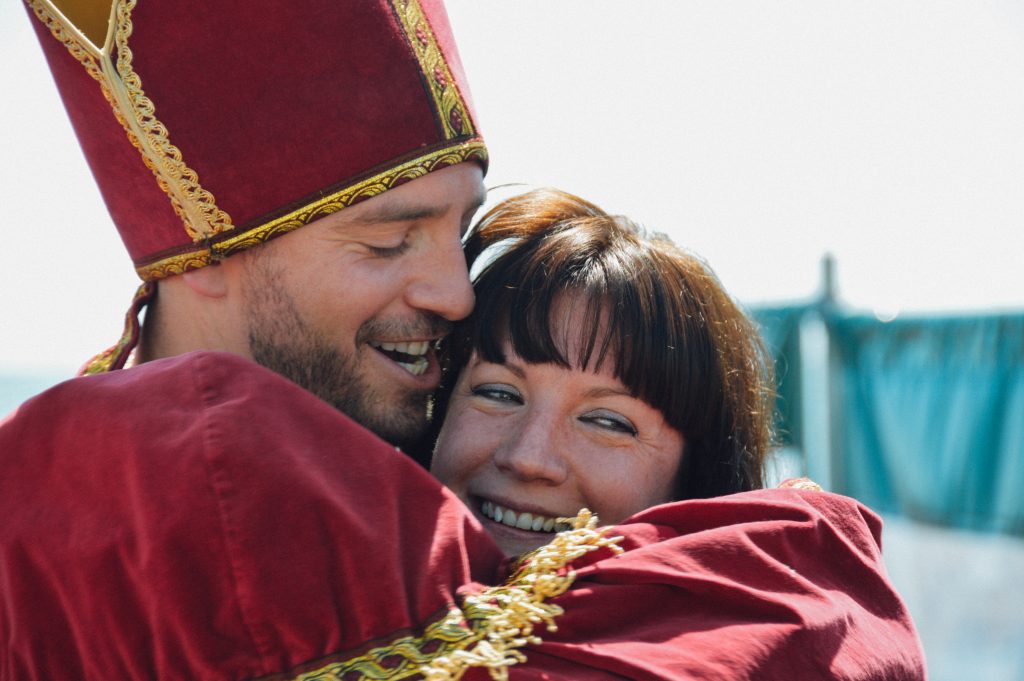